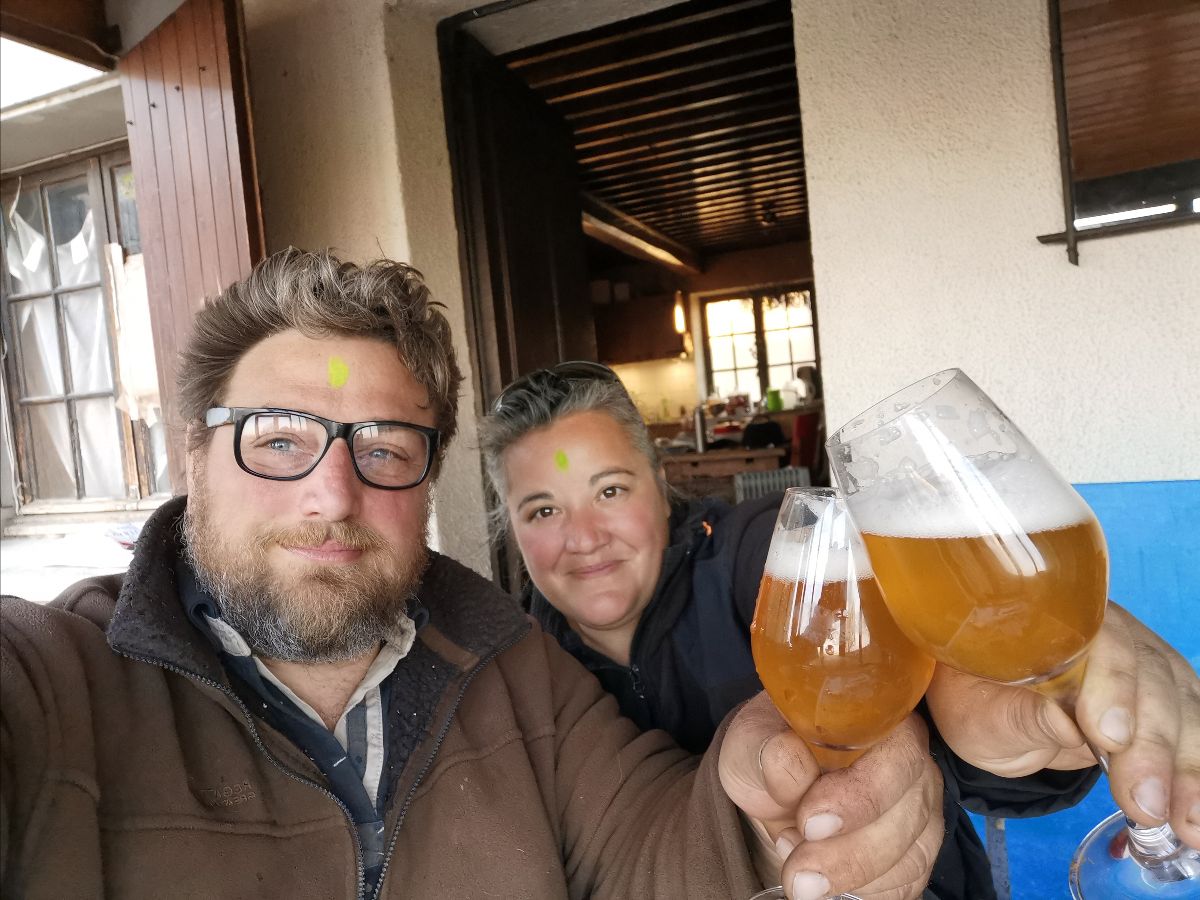 Rémi Bonneton started working the vineyards of the Northern Rhône in the early 2000s, not tending vines or harvesting grapes, but working with his two horses, Suspens and Palynka, offering his unique services to plough the soils at some of the most coveted domaines in this part of France. After making a little of his own wine along the way, cut to 2013 and Rémi and Patricia, his wife, found their very first vineyard parcel of Syrah on the steep slopes of the Doux Valley right at the very northern tip of the Ardèche, which despite the sheer terracing is still worked à la Bonneton: by horse and plough. It’s physical, demanding work and no light undertaking - perfect for Rémi who in his previous life was a professional rower. Their domaine totals just under 2 hectares and includes another parcel close to Tournon Sur Rhône planted with Roussanne and Marsanne on a hill straddling the border to the Northern Rhône that sits opposite the iconic vineyards of Cornas and Saint-Joseph. The vines see no chemical treatments and this approach is followed into the cellar where the wines ferment spontaneously and have nothing added. As they start to work towards their ambitious visions for the future (a big conversion build for their own cellars at their farmhouse in Etables, an experimental planting of Albariño, acquiring more parcels) they buy grapes from other growers further afield to up their production.

There are no products listed under this category.